Reflections from the Pew 14

Did Shakespeare write the bible? was the strange question I was asked the other day.

It was a question designed to make you think. Who did write the bible and when was it written? I will let you answer the question yourselves.

A less strange question would be Did Shakespeare write the King James Version (KJV) of the bible? Shakespeare lived 1564 to 1616 and the KJV was written in 1611. 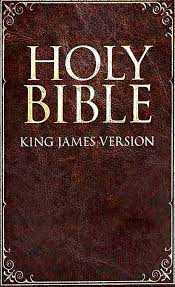 The KJV was not written by King James, he was head of the church and he approved a new English translation of the bible, which was dedicated to him.

The actual translating (writing) of the KJV was done by a committee of 47 scholars and clergymen over the course of many years overseen by Richard Bancroft the archbishop of Canterbury.

Shakespeare did not write the KJV, he had a different style of writing. Also a group of 17th-century religious leaders would not welcome a prominent playwright into their midst when theatre at the time was widely thought to be immoral.