Reflections from the Pew 4

This week I’m working for a client that has a shell as its logo.

Initially it was a company trading in antiques and seashells and later shipped kerosene to the far east. The first logo was a mussel shell, it was later changed to a scallop shell. Both the word “Shell” and the scallop symbol may have been suggested by a Mr. Graham, who imported the kerosene into India and later became a director of the company. His family adopted the ‘St James’s Shell’ as their coat of arms after ancestors made the pilgrimage to the Spanish town Santiago de Compostela. More informatin of the history of the logo is available here.

The shell symbol has also been used by the Methodist Church as it was in the coat of arms of John & Charles Wesley. 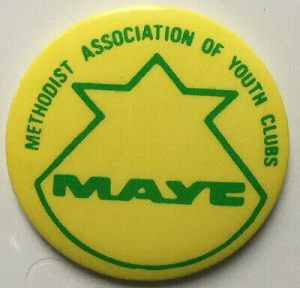 The shell logo was used by the Methodist Association of Youth Clubs – more information is available here. The Methodist Church now has a new logo.

The scallop shell is the traditional emblem of Saint James the Greater and is popular with pilgrims on the Way of St James to the apostle’s shrine at Santiago de Compostela in Spain.
Medieval Christians making the pilgrimage to his shrine often wore a scallop shell symbol on their hats or clothes.
The pilgrim also carried a scallop shell with him and would present himself at churches, castles, and abbeys etc. where he could expect to be given as much sustenance as he could pick up with one scoop.
Probably he would be given oats, barley, and perhaps beer or wine.
Thus even the poorest household could give charity without being overburdened.