Reflections from the Pew 8 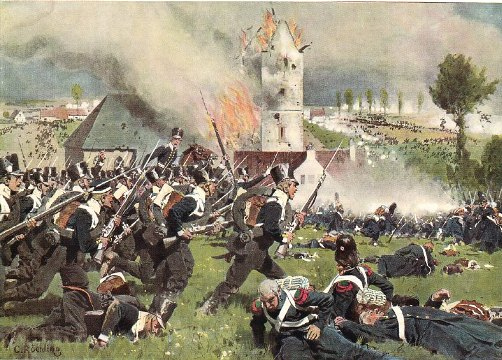 Simon chose Now than we all out God for the ‘Festival’ Songs of Praise. He said it was sung by Prussian troops after the battle of Waterloo. It was allegedly also sung after the Battle of Leurthen. “As the smoke cleared, the Prussian infantry reformed its lines and prepared to pursue the fleeing Austrians. Snow began to fall, and Frederick halted the pursuit. A few soldiers, perhaps only one of them, started to sing the well-known chorale Nun danket alle Gott (Now Thank We All Our God). Eventually the entire army may have joined in the song.” You can read more about it here.

The Songs of Praise can be viewed here.

It is a great hymn of praise after adversity.

The true story of the hymn is more amazing.

Martin Rinkart was a Lutheran minister who came to Eilenburg, Saxony at the beginning of the Thirty Years’ War.
The walled city of Eilenburg became the refuge for political and military fugitives, but the result was overcrowding, and deadly pestilence and famine. Armies overran it three times.
The Rinkart home was a refuge for the victims, even though he was often hard-pressed to provide for his own family.
During the height of a severe plague in 1637, Rinkart was the only surviving pastor in Eilenburg, conducting as many as 50 funerals in a day.
He performed more than 4000 funerals in that year, including that of his wife.

Maybe we will sing it in church when we are truly back to normal.