The two major forces in western medieval society, the aristocracy and the church, are represented in Aberdour by the Castle on one hand and Inchcolm Abbey on the other. Both are outstanding buildings in their own right. Not always in agreement, they nevertheless together kept the traditional power structures in place right up to the time of the Protestant Reformation.

The monastery of Inchcolm dominated local society in Aberdour, and beyond, from the 12th to the 16th century. Inchcolm’s rise and fall is the story of the rise and fall of medieval religion in the parish.

1123 is the traditional foundation date of the Augustinian Priory of Inchcolm, initiated by King Alexander I, son of Malcolm III and Margaret. An earlier church and community almost certainly existed there before this date. In the 12th century the de Mortimers became feudal lords of Aberdour. In the 1160s the Augustinian Priory of Inchcolm is first mentioned as a going concern. Aberdour is first mentioned in written records in 1179 when ‘the church of Aberdour’ (ecclesia de Abirdoure) is listed amongst the possessions of Inchcolm.

Circa 1180 William de Mortimer was in dispute withInchcolm over the patronage of the church ofAberdour. His men beat up the canons (brothers) of the priory in St Fillan’s kirkyard.They tried to stop the induction of Robert, a clerk of the king’s brother, Earl David of Huntingdon, de Mortimer’s lord, becoming the priest. As a peace-offering Sir William de Mortimer granted Inchcolm Monastery the land which later became known as Wester Aberdour (west of the Dour Burn) and the income from half the mill of Aberdour. It is thought that in revenge for this attack, despite de Mortimer’s generous peace offering, the canons threw his coffin overboard when it was on its way for burial on Inchcolm. This is supposed to be how Mortimer’s Deep, the deep stretch of water between Aberdour and Inchcolm, got its name.

The Siward family had taken over from the de Mortimers as lords of Aberdour by 1233. Two years later Inchcolm priory was elevated to the status of an abbey.

Inchcolm, a victim of the worsening relations with England in the 14th century was saved at least three times by St Columba.

In 1335, during the Balliol Wars, stolen images loaded onto a ship, which was driven onto Inchkeith, were duly returned. A year later part of Edward III’s forces stole the ‘wooden choir of Dollar kirk’ belonging to Inchcolm.This ship sank like a stone when passing Inchcolm. In 1384 the Abbey was attacked by forces of John of Gaunt, Duke of Lancaster and the building on the north side of the church set alight. St Columba changed the wind direction and saved the church.

At some time in this unruly period the famous Inchcolm Antiphoner was written. It is a medieval liturgical music for the feast and octave of St Columba. 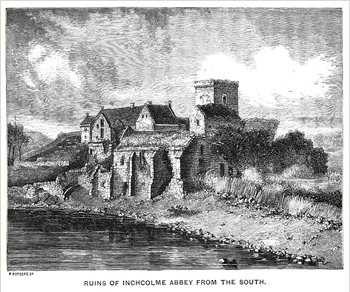 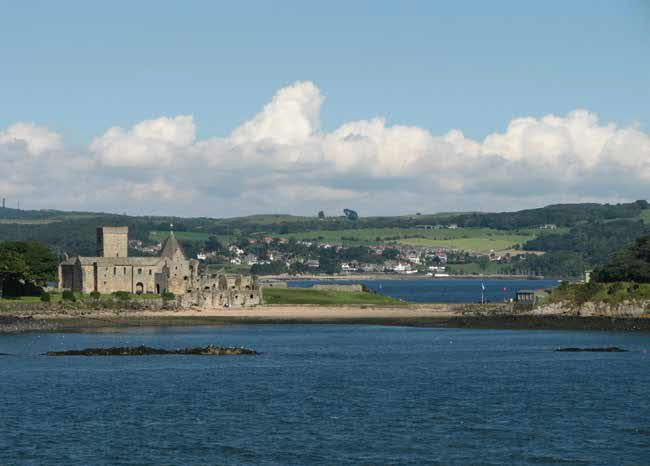 In 1421 A Miracle of St Columba, is narrated by Abbot Walter Bower. The abbot of Inchcolm was staying with his men on the mainland during the summer and autumn. They did not dare remain on the island at this time for fear of the English, for there were not then such defences at the monastery as there are now…
“the other three, namely Sir Peter a canon, William Bulloch a chaplain and a stonemason, escaped death for the time being, saved as much by a wonder as by a miracle. Peter was supported with the assistance of a certain [wooden] vessel given to him by St Columba, who appeared in a vision (as he claimed) and whose help he was incessantly importuning. The two others clung to a bundle of straw, and floated for an hour and a half, confessing their sins to each other and remaining there until some Aberdour men brought help to them in a boat from Port Haven.”

Inchcolm Abbey: the last years:
The reformation in 1560 ensured the end of Inchcolm as a monastic house. It was both plundered and occupied by the English soldiers; occupied by the French; used as a quarantine station and the last canon died circa 1578.

Today Inchcolm is in the care of  Historic Environment Scotland. Two ferries sail from Hawes Pier, South Queensferry; Maid of the Forth & Forth Tours. Each year in September, The Maid of the Forth sets sail from Aberdour harbour to Inchcolm for St Fillan’s Church’s annual pilgrimage where we enjoy a short service and a look around the Abbey and Island. 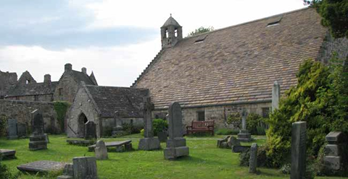 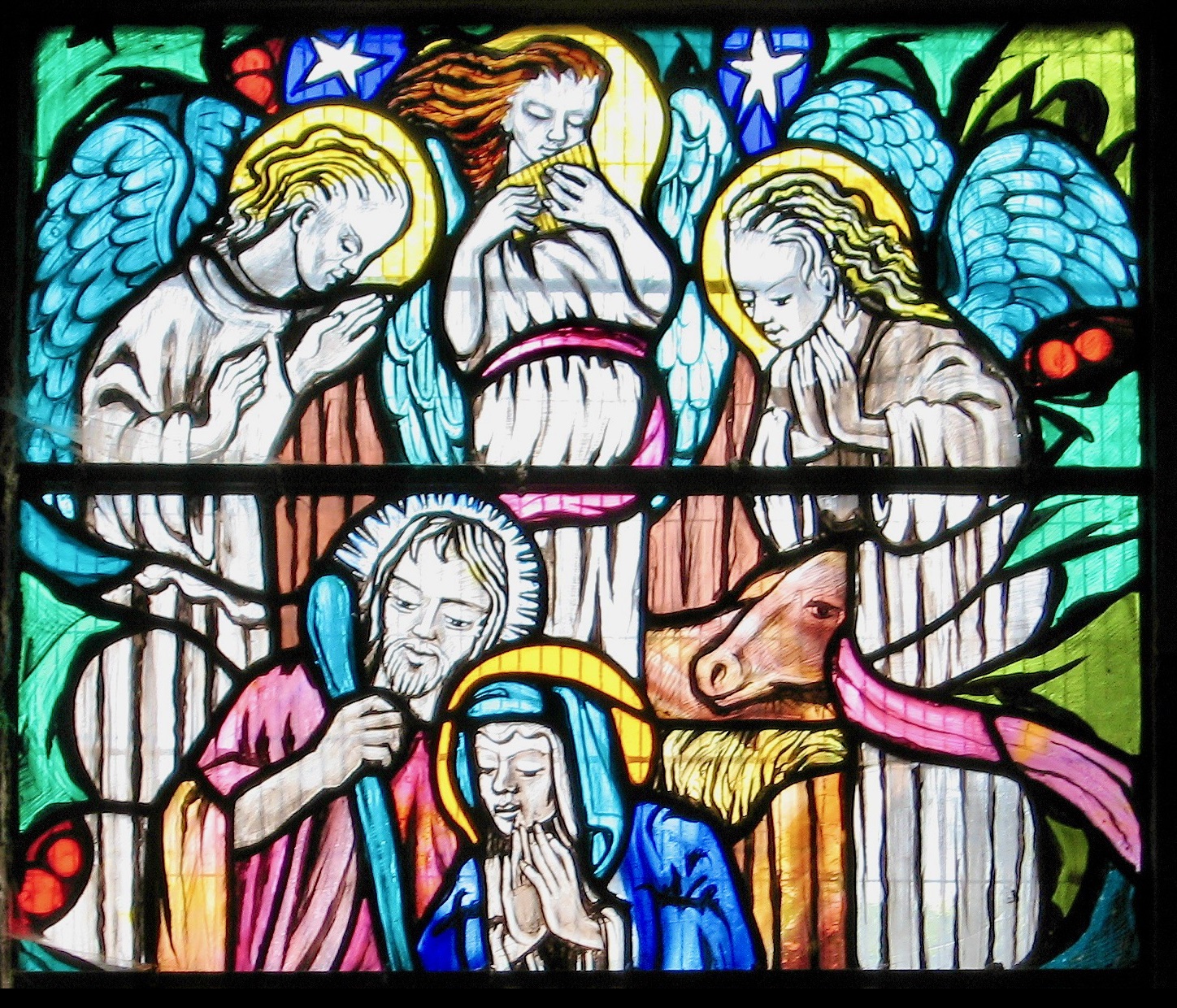 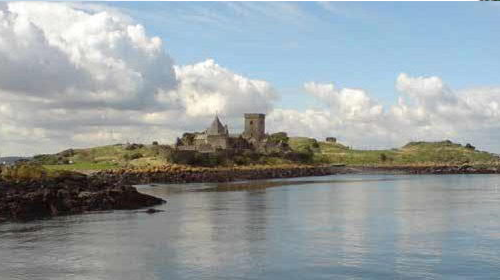 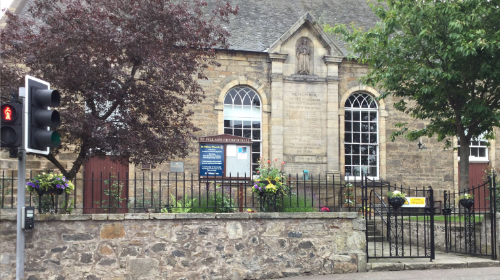 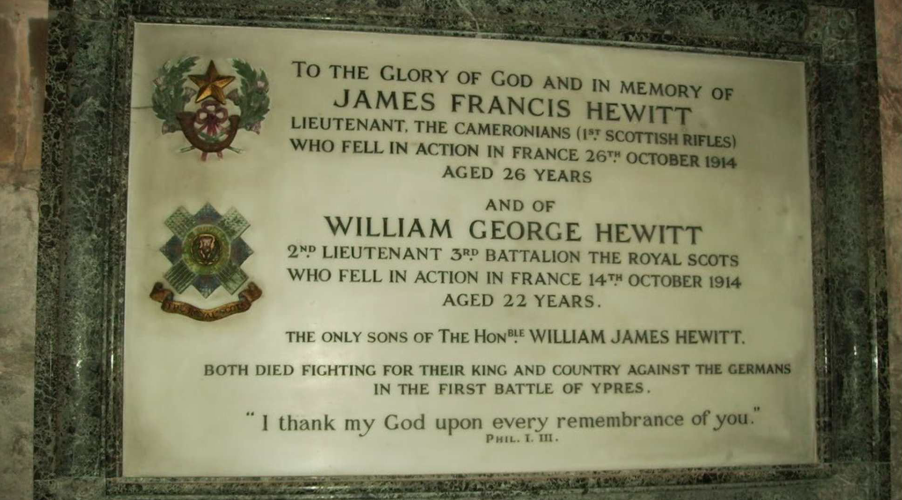